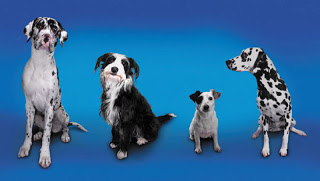 Recently, there’s been a lot of talk about designer breeds, dogs that are “designed” or “bred” to obtain a specific result. An example might be the “Labradoodle”, a supposedly hypo-allergenic dog. You can either go online and buy one for thousands of dollars or you can take a drive down to your local shelter and find one for less than $100.
I’m a big fan of designer breeds. In fact, I have three in my office with me right now – Roscoe is a Beagledor (essentially a 60 lb beagle), Cheiss is a Chaussie (Australian shepherd and chow), and of course Tristan is a Wolote (a very rare, coyote/wolf/shepherd).
The cool thing about designer breeds is you get to name them yourself!
“Designer Breeds”
I watched some people in the park the other day. A woman was watching a beautiful dog chase and successfully catch every ball his owner threw. The dog dove into the lake like a champ, refused to chase the ducks, and was in all – a perfect canine gentleman. She approached the owner, asking what breed the dog was and where she could find one of her own.
The man proudly proclaimed, “Why, he’s an Aussiedor! A rare, very expensive breed. In fact, there are only two breeders in the US that I’m aware of.” He went on to pass along the contact information for his breeder and the woman left, anxious to begin her hunt.
And yet, he’s simply describing a dog that is a mix between an Australian Shepherd and a Labrador. I was at the shelter yesterday where I saw three of them.... Each was adoptable that day for $85, yet she’ll likely pay a breeder over $1,000 if she doesn’t do her homework.
What’s In A Name?
They sound lovely and exotic. And expensive. Here are just a few examples:
Ba-Shar (Basset Hound crossed with a Shar-pei)
Brusselranian (Brussels Griffon crossed with a Pomeranian),
Corillion (Papillon crossed with a Pembroke Welsh Corgi)
Imo-Inu (American Eskimo crossed with a Shiba Inu)
Wee-Chon (Bichon Frise crossed with a Westie)
What kind of designer dog do you have? Leave us a comment and tell us all about it!
Stacy Mantle


- Which Dog Breeds Excel In Agility?
By Linda Cole When people think of a specific dog breed for the sport of agility, the image of a Border Collie often comes to mind. The dog’s piercing eyes are focused on his human partner as he waits to start his run. Both dog and owner are pumped...

- The Best Dogs For Allergic People
By Anna Lee A lot of focus was placed on hypoallergenic dog breeds when President elect Obama promised his daughters, Sasha and Malia, that a new puppy would be moving into the White House with them. The cause of so much attention on their choice of...

- Designer Dogs
Summary: Designer dogs don’t mean dogs for designers or dogs made by designers. In fact, it a new breeds of dogs which descended by cross breeding. Article: A celebrity look, mix genes, diverse characteristics and a must item, its all about talking...

- Designer Dogs
Summary: Designer dogs don’t mean dogs for designers or dogs made by designers. In fact, it a new breeds of dogs which descended by cross breeding. Article: A celebrity look, mix genes, diverse characteristics and a must item, its all about talking...

- Chihuahua Mixed Breeds
The chihuahua is the smallest and probably the cutest dog breed, which every dog owner would love to own one. Characteristic chihuahua facts that make it a favorable pet dog are its small size, cute look, graceful and intelligent nature. In appreciation...